The new Management Committee of Sri Lanka Cricket (SLC) appointed by the Sports Minister, Namal Rajapaksa, met the media at SLC headquarters with its Chairman, Professor Arjuna de Silva emphasising that nobody was working to anybody’s agendas, and that he and his committee was there to solely fulfill what was expected of him by the sports minister in the short space of one month in the run up to the May 22 annual general meeting.

“This is not something I expected, but since I have been entrusted a job I intend fulfilling it and putting things in the right perspective regarding the country’s cricket administration. I can say that I carry the credentials to do so having over 10 years in sports management, especially in anti-doping, “announced the Chairman, SLC Management Committee, Professor Arjuna de Silva.

In a lighter vein, he said, “This is a T20, not a test match. It will consume about a month. Nobody is working to anybody’s agenda. We are very transparent. I can say that I have worked at about 7 government institutions. So it’s a good opportunity to give my value input. In fact, I did discuss with Aravinda de Silva ahead of taking it.

Spelling out the finer points of the crucial work coming under his ambit, the SLC Management Committee Chairman said that a finance expert, Sujeeva, the Price Water Cooper Financial Officer had been entrusted work on SLCs financial aspects  while Uchitha Wickremesinghe, a popular lawyer had been entrusted to see whether there were any shortcomings in respect of any contracts signed by SLC. It was not meant to fault anyone, but to spot whatever loopholes and correct them. The Sports Minister was also there to assist them as well as the Director General of Sports, Amal Wijesuriya.

As to the forthcoming tour of Bangladesh to Sri Lanka, Prof. Arjuna de Silva said that everything was in place for it to go ahead under the bio-bubble system under Health Ministry guidelines to be laid out. Journalists would be given the green light to cover the matches. It had been put to the Health Ministry which had approved it. The modalities of its implementation would be notified accordingly. But the matches will be conducted with no spectators due to the COVID-19 health risks. Another important factor in respect of the cricket team was the incorporation of a sports related medical officer in Dr. Chanaka Wijesinghe. Another important aspect was that the sports minister would appoint a board to administer the LPL tournament. Likewise, it was intended to look at the cricket tours lucratively with a money spinning plan in place. Player mentors would also be prioritised mainly to take care of demerging rural national players who would encounter issues handling big money. The medical side of it would also be updated technology wise to handle player fitness aimed at eradicating excess calorie fat content. An example to take was that India’s Virat Kohli did weigh the food he was to consume. A player medical data system would be in place in respect of weight control. A typical example to take a leaf from was that Singapore Airlines had a system of evaluating weight control by a stipulated dress code.

Prof de Silva also announced that a T20 Legends match was on the cards shortly which would be a good opportunity for the national players to shape up in view of the next T20 World Cup.

“This is looked at to provide our cricket loving public some enjoyment and lift their spirits following the long drought of cricket due to the COVID-19 impasse,” he said.

The SLC Management Committee Secretary, Ashley de Silva chipped in to elaborate that such a fixture would not envisage all of the national players in action, but would also give an opportunity for up and coming younger players to participate.

Meanwhile, the Chairman, Technical Advisory Committee, Aravinda de Silva spelt out the proposed first class structure aimed at uplifting domestic cricket. Sri Lanka had a domestic system that could not be faulted. All past national cricketers including himself had come through that system. In the restructuring of the set-up, his committee had studied a lot of related data. During his time there were mostly 10 to 9 clubs. In school cricket, there were about 40 schools playing first eleven cricket. But today, there were about 28,600 from U13 to U19 from 1800 schools playing cricket. From 260 odd U9 schools, about 248 players of 3,720 players dropped out which was a sad plight of our cricket. Therefore, the question of where they should play to arrest this problem had been addressed. At club level, apart from the 11 players there was no opportunity for the other 9 players. Today, player competition had drastically decreased. Alternatively, while a stronger 4-day competition at provincial level was being looked at, a system would be evolved for those players from the clubs without an opportunity to raise their hands through a 3-day competition. It would be the way forward for those 9 players from the 26 clubs hitherto shelved to move forward constructively. The idea was to create an even playing field that would strengthen the domestic structure from school level upwards.  Creating such a stronger competitive system would require a big financial investment. In the 50-overs too the same format would be applied for the 26 clubs with the clubs to be reduced to 20 within 3 years. Teams lacking the necessary facilities will be given alternative facilities. Another satisfactory aspect was that there was a legal counsel on board to look into player contracts. As he had stressed at the last media conference he was associated in, Aravinda de Silva reiterated that a No.1 priority was to develop an overall foolproof human resources cricket system in place to address all issues. 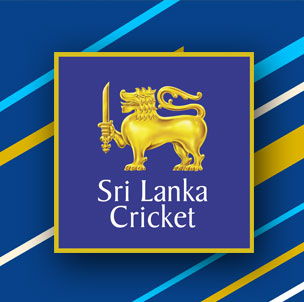