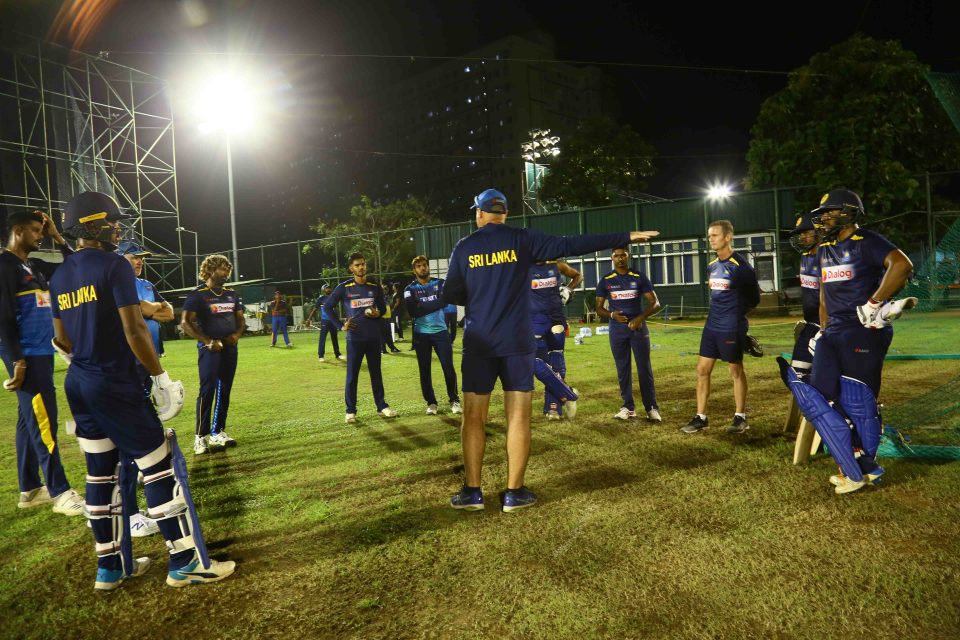 Sri Lanka’s newly appointed National Coach Mickey Arthur is impressed with the ‘Side nets’ of the RPICS, Colombo, as for the first time, the National team used the facility to practice ‘Under Lights’, ahead of its tour to India.

The first ‘Under Light’ practice session of the facility was held on Tuesday night (31st December), which Mr. Arthur says was aimed at replicating the conditions, the Sri Lankan team will have to face in India, during the T20 series.

“For the first time, we used this facility and it is an outstanding facility. What we did is tried to replicate the conditions that we will get in India,’ said Mickey Arthur.

“We can practice under floodlights and the ball is skidding. The conditions are very similar to what we will get in India,’ added Arthur.

In future, Sri Lanka Cricket will use the ‘Side Wickets Under lights Practice facility’ in an enhanced manner to prepare the National Team for white ball competitions, involving both Inbound and Outbound Tours.

This High Performance Training Facility at the RPICS, a part of SLC’s Cricketing Infrastructure Development program  was purpose built with lighting facilities, in order to accommodate the National Team’s practice sessions targeting the short format (50 over and T20 games) competitions, which has become an integral part in modern day cricket.