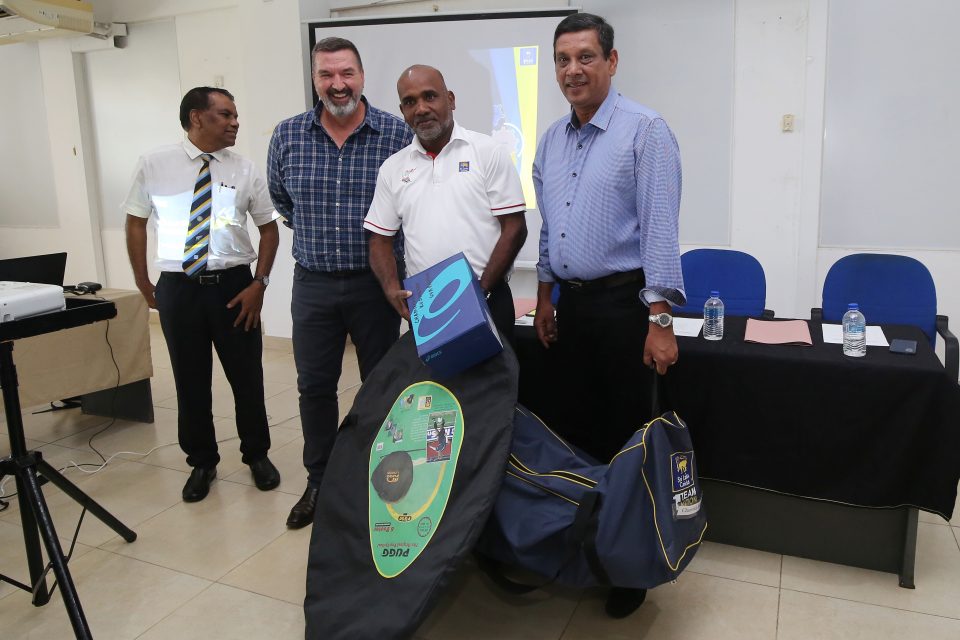 Sri Lanka Cricket handed over ‘Training Kits’ for 51 District and Provincial Coaches, who plays an important role in preparing the young cricketing talent from across the country for the future.

The training kits, which was handed over recently at the RPICS, Colombo, consisted of Fielding Bats, Senior and Junior Balls, Side Arm, Plastic Stumps, Spring Wickets, Stop Watches, Stretch Bands, and cooler box, among many other important training tools.

Among the 51 SLC appointed coaches, who received the ‘Training Kits’ consisted of 37 district coaches, 11 provincial coaches and also 03 Provincial Talent Scouts, covering the 25 districts in the country.

“The District and Provincial coaches, plays an important role in promoting the game in the grassroots and finding young and promising talent. Going forward under the National Pathway program, we will have a system placed in order to assess the work output of the district and provincial coaches, and it is your responsibility to ensure you that deliver the best in order to gain future recognition,’ said Mr. Ravin Wickramaratne, Vice President of Sri Lanka Cricket.

Apart from handing over the ‘Training Kits,’ the coaches were also made aware of their roles and responsibilities, pertaining to the development of the game. Several District and Provincial Association representatives were present at the ceremony.