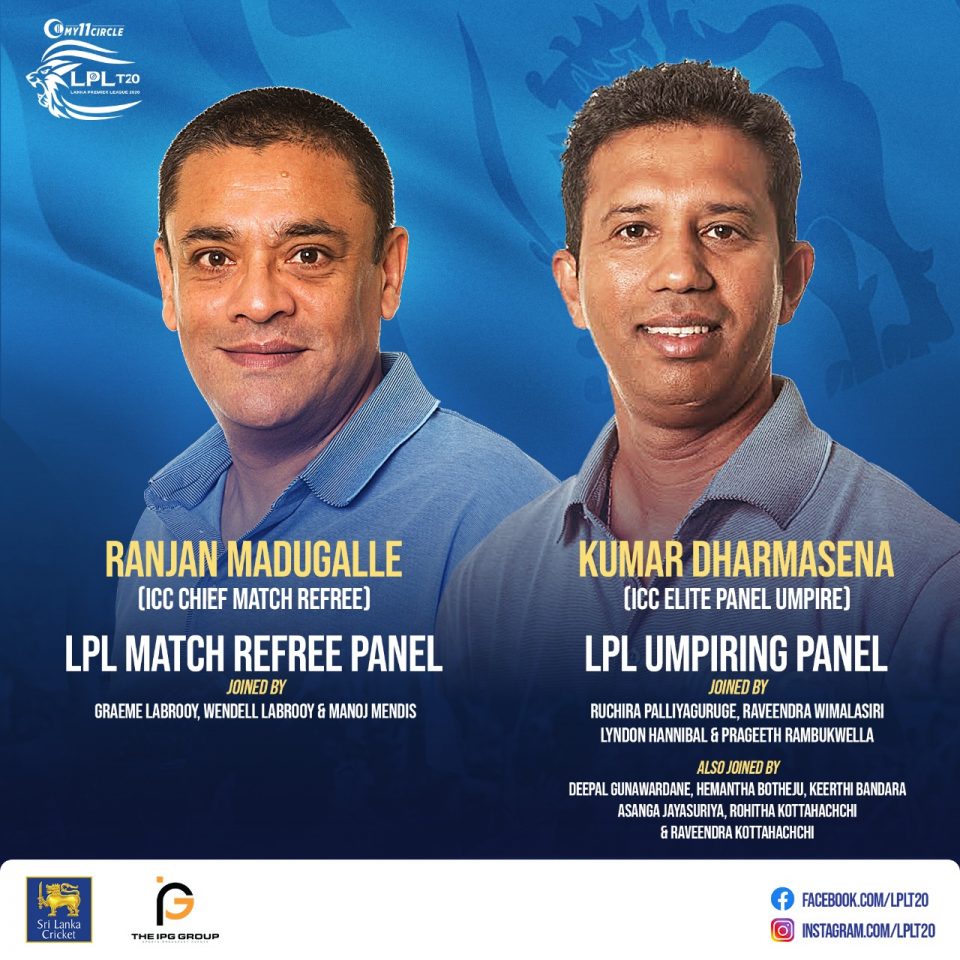 Lanka Premier League 2020 will feature a highly recognized Match Referee Panel and an Umpiring Panel to officiate in the League, which, respectively consists of Chief Match Referee of the ICC, Ranjan Madugalle and ICC Elite Panel Umpire Kumar Dharmasena.

Madugalle, a member of the ICC Elite Panel of Match Referees have refereed in seven ICC Cricket World Cups, including the finals of the 1999, 2003, 2015 and 2019 tournaments, will be joined by Graeme Labrooy and Wendell Labrooy, who are members of the International Panel of ICC Match Referees to officiate in the LPL.

In the meantime, Kumar Dharmasena, a member of the ICC Elite Panel of Umpires, who won the ICC David Shepherd Trophy for Umpire of the Year in 2012 and 2018, will be a part of the 11 member LPL umpiring panel.

Dharmasena will be joined by Ruchira Palliyaguruge, Raveendra Wimalasiri, Lyndon Hannibal, and Prageeth Rambukwella, who are members of the ICC International Panel of Umpires.

The Lanka Premier League will commence on the 26th of November and will be held at the MRICS, Hambantota.

A highly secure Bio-Bubble System in place for LPL